Story Code : 946077
Islam Times - Lebanese Prime Minister-designate Najib Mikati is holding open-ended meetings with President Michele Aoun till the two men reach a conclusive agreement about the cabinet formation.
The nomination of Mikati to the office has gone through a series of complications which Hezbollah played a crucial role to solve.

The party has long been accused of putting obstacles to cripple any attempt for the cabinet formation when Saad Hariri was the prime minister-designate. Of course, this was not true at any time.

Contrary to all accusations and orchestrated misleading propaganda, the party has had the formation issue as a top priority; to this effect, many meetings were held and series of serious talks were conducted with all the concerned parties especially its ally, the free patriotic movement, to facilitate the emergence of a new government.

This stems from many reasons and deep convictions within the party.

First, Hezbollah is fully convinced that any action or any serious and successful effort to save the country and put it back on track starts with an obligatory entrance and that is the government formation.

Second, this government should be a salvation government with priorities to alleviate the suffering of the people with all the problems in hand.

Third, no party has the luxury or the right to postpone the cabinet formation with all this miserable situation and existential threat that the country has reached.

Fourth, the foreign governments and international institutions whether financial or political have conditioned their help to Lebanon till the new government emerges.

Fifth, the French government, which started an initiative earlier this year, has elevated its effort along with what was said American support to help bring Mikati to office.

Hezbollah and many other political players have thrown their weight to facilitate the process. Nevertheless, the party knows for sure that the Western side has its agenda in the country. The most important thing now is to kick start a series of projects that could stop the crisis from deepening so Lebanon would not plunge into total chaos and collapse.

No one should be misled or have the illusion that the new government can or will instantly bring readymade solutions. The state should adopt radical measures and take bold yet difficult steps to start a long healing process of restructuring the economy and cutting off the expenditure. The culture of overconsumption that the Lebanese has long been accustomed to should end.

The Western governments, especially the US are investing politically in the crisis to bring new faces into the political scene by changing the parliamentary majority through the coming parliamentary elections in May 2022. This Western attempt to invest in people’s suffering to produce a new political formula is very clear to many in the country, and they are not doing any effort to hide this. However, what should be very clear as well to all, is that these Western governments themselves cannot wash their hands from the responsibility, as they were supporting symbols of corruption in the country for a long time.

These powers cannot fool us. Yes, there is a chronic corruption and plunder practices beyond any logic in the country. Yes, many of the political figures and families have accumulated fortunes, and extravagant wealth. But this has long been observed by the same Western forces which try now to present themselves as angels of salvation and mercy.

At any rate, we should bitterly admit, as well the Lebanese, responsibility for all this. The first and the big bulk of responsibility lies on the Lebanese themselves. They were very tolerant and lived long with corruption and corrupt officials without doing any tangible effort to change it, that is why they are going and will go through misery for years to come and will pay the price for this, unfortunately, a high price indeed.
Source : AlahedNews
Share It :
Related Stories 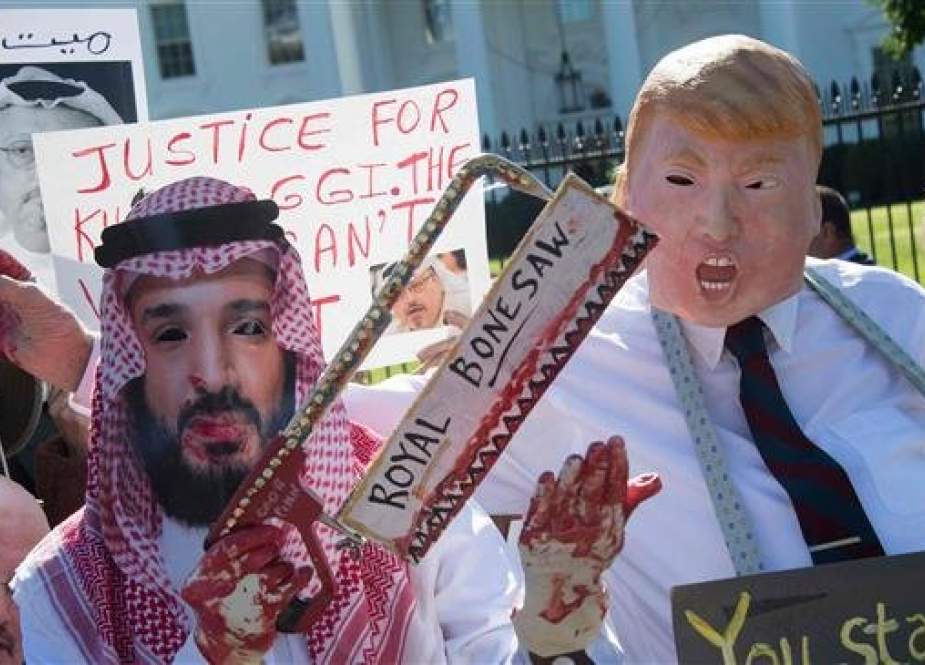