Syria and Lebanon’s Unbreakable Brotherhood: Against All Odds!

By Mohammad Sleem
Story Code : 953070
Islam Times - Unique of its kind, Hermel’s Al Assi river in north Lebanon, flows upwards towards Syria opposing the logical direction of any river and links between the Syrian and Lebanese borders. The link between the two neighbors is fed with social and political factors that has long bonded both countries for hundred years to date.
Since the 2011 Syrian crisis and the most recent Lebanese crises, the first official Lebanese delegation visited the Syrian capital last week to discuss the possibility of importing gas from Egypt through the Syrian territories in a bid to solve the fuel shortages in power plants, which has affected Lebanon’s economy and day-to-day life.

After a 10-year cut in diplomatic ties between the two governments and amid the ensuing calamities in Lebanon as the worst monetary inflation taking place, the Lebanese government has no time for any additional delays to enhance the country’s economy to a better level as much as possible.

In the light of the aforementioned, an official delegation including Lebanon’s Deputy Prime Minister Zeina Akar, Minister of Energy and Water Raymond Ghajar, Finance Minister Ghazi Wazne, Secretary-General of the Lebanese Syrian Higher Council Nasri khoury and General Security Director General Abbas Ibrahim headed to Syria on September 4 in the highest level visit in years to ask Syria to allow the passage of Egyptian gas through the Syrian territories.

The 4-hour meeting concluded with a declaration on behalf of the Syrian side of full assistance and cooperation and an agreement on the technical procedures to implement the move immediately.

Head of the Lebanese Democratic Party MP Talal Arslan and head of the Arab Unitarian Party and former minister Wiam Wahhab asserted the importance of the strong ties between the two countries in face of any challenge.

The delegation also presented a warm greeting by Sheikh Nasseredine al-Gharib, the spiritual leader of the Druze community in Lebanon, congratulating Syria for its latest victories against terrorism, confirming that the Druze community will always be loyal to Syria and its people.

Forty-eight  hours were enough to put things back on track between the two neighbors, proving that no matter how vicious the battles and struggles both nations may face, given the boundless US-“Israel” meddling via political and military policies such as the Caesar Act and the backing of terrorist groups. Hence, Syrian-Lebanese cooperation has a direct beneficial impact for both countries, it struck US proxies in Lebanon calling for a full cut of ties with Syria in the heart revealing how wrong their visions and decisions are.

A whole decade of a conspiring to split Syria and Lebanon, reinforced by a brutal war led by the US and its proxies has failed, and all the facts lead to the reality that Syria is the only gateway for Lebanon and its true ally for better or worse, taking in consideration the recent crisis in Lebanon.

The brotherhood between Lebanon and Syria is as the Al Assi River, facing the calamities and all the struggles together, with a one-of-a-kind link, standing side by side at every precise moment, even when opposing nature itself – against all odds!
Source : AlahedNews
Share It :
Related Stories 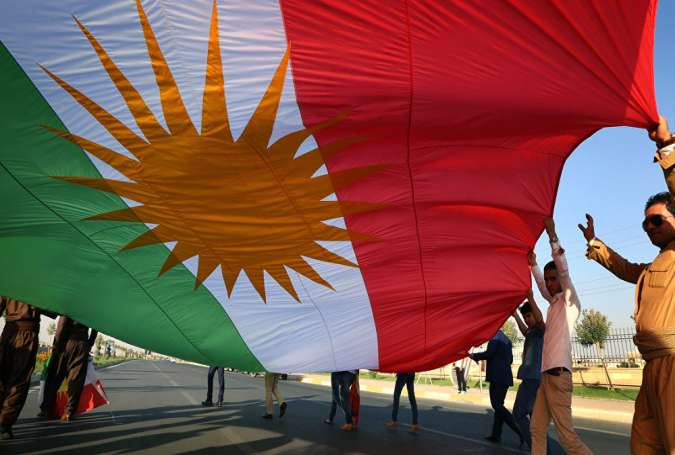