By Gaza-based journalist Wafa Aludaini
Story Code : 960230
Islam Times - Some Palestinians breathed a sigh of relief when Donald Trump lost the US presidential election, but they could not predict how the next administration would fail them as well.
It’s not about the US president but about US policy.

The policy decisions of the Biden administration, which closely mirror those of the Trump administration, show that when it comes to Palestine, it’s not about the President but about policy.

In early April, the Biden Administration announced the restoration of financial support to the United Nations Relief and Works Agency (UNRWA) for Palestinian Refugees, signing an official agreement known as the “Framework for Cooperation” between Washington and UNRWA amounting to 150 million dollars. US aid for UNRWA, which has been a mainstay for UNRWA activities since its founding in 1949, was suspended by the administration of former President Donald Trump in August 2018.

Since the agreement between Washington and UNRWA and resumption of US support for the agency’s activities, there have been multiple actions against the arrangement throughout the Gaza Strip and the West Bank, widely popular and participated in by most factions. A memorandum was submitted to Secretary-General of the United Nations Antonio Guterres threatening escalation if the UN fails to respond to Palestinian demands.

The text of the agreement was not initially publicized, but according to leaks from the Executive Office for Palestinian Refugees in the West Bank, its most serious clause is to “stop aiding UNRWA for every refugee who belongs to the Palestinian Liberation Army or any organization who participates in terrorist activities.”

The agreement has also stipulated monitoring the Palestinian educational curriculum, deleting any content deemed hostile by Washington and Tel Aviv, and monitoring all UNRWA institutions.

It also redefines the status of refugees as Palestinians born before 1948, and limits the refugee count to 40,000. According to UNRWA’s current classification, the records reflect 5.7 million Palestinian refugees. Palestinians consider this action a step on the path to “finally liquidating the refugee issue.”

Palestinian researcher Nehal Ju’aidi believes this agreement makes UNRWA a “security agent” for the US, forcing it to submit financial and security reports to the US State Department in exchange for the resumption of funding.

The agreement includes clauses that Ju’aidi describes as “critical,” aiming to disengage the Palestinian refugees from their original national cause by restricting their freedom of expression. In the past, dozens of UNRWA employees have been dismissed from their jobs due to their political positions.

She further added, “This agreement also aims to empty the educational curriculum of its national content.”

Um Ahmad Rezeq, 60, a Palestinian refugee from Shati’ Regugee Camp told us that she is now more worried that UNRWA aid might be suspended at any time. “My family is 14 people who depend mainly on the UNRWA’s aid. We do reject this agreement, and we affirm our rights to return to our occupied homeland.”

UNRWA data shows that 70% of the two million Palestinians living in Gaza are refugees who depend on its humanitarian aid for survival after years of siege forced a large percentage of the population below the poverty line.

Palestinian factions and the Palestinian Authority also entirely reject this agreement. They consider it to be an attempt to liquidate the Palestinian refugee issue. The right of refugees and the right to return is an inalienable constant under UN Resolution 194, and under that right Palestinians seek the right to self-determination and a Palestinian state with full sovereignty on the 1967 borders.

UNRWA was established as a UN Agency by a General Assembly resolution in 1949 and was mandated to provide assistance and protection to the now-approximately 5.7 million Palestinian refugees currently registered within its five areas of operation: the West Bank, the Gaza Strip, and the camps in Lebanon, Syria, and Jordan. Its services include education, healthcare, social services, aid relief, infrastructure and camp improvement, protection and micro-finance.

The new agreement imposes obligations and conditions on UNRWA that allow Washington to interfere in the work of an “international body established primarily to serve the refugees until they return to their cities and towns from which they were forcibly displaced.”

In addition, the agreement affects the services provided to the refugees, employees, and the Palestinian educational curriculum under the pretext of preserving principles of neutrality and non-incitement to violence and hatred.

US funding constitutes 30% of UNRWA’s budget, and the UN agency currently suffers from a financial deficit estimated at $120 million dollars. The Arab contribution to UNRWA’s budget sharply declined, falling from $200 million in 2018 to only $37 million last year.

Palestinian analyst Dr. Nehad Sheikh Khalil describes this decision as very dangerous, pointing out that it also violates international laws. The UNRWA’s mandate exists under General Assembly Resolution 302 (IV) to provide “direct relief and works programmes” to Palestinian refugees in order to “prevent conditions and starvation and distress…and to further conditions of peace and stability.” Dr. Khalil warns that this agreement directly violates the spirit and text of that mandate.”
Source : PR
Share It :
Related Stories 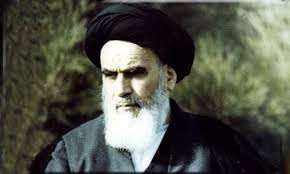