Story Code : 240269
Islam Times - Along with Ali al-Sistani and Ammar al-Hakim of the Islamic Supreme Council of Iraq, Sadr is one of the most influential religious and political figures in the country not holding any official title in the Iraqi government - called on Bahrain revolutionaries to stand strong in the knowledge Iraq was supporting their calls for freedom and democracy.
The powerful politician urged Bahrain regime to free all political detainees in the kingdom.
Al-Sadr warned that if al-Khalifa regime was to ignore his demands he will set out to organize rallies and issue solidarity statement against Bahrain government.

"Bahrain needs to release all prisoners, immediately and without delay," stressed al-Sadr empathetically.

Addressing a congregation on Friday - weekly prayer - al-Sadr insisted Bahrain regime was in no way interested in building a democracy in Bahrain, a pawn in Saudi Arabia's hegemony plan in the region.

He touched on the sectarian tensions which were now plaguing Bahrain as a result of the regime's hatred and fear of the Shiite community.

"I call on all Iraqi men, believers and fearful of God to stand with their Bahraini brothers as they face hardship," he called on.

Although the government of Bahrain said it wants to negotiate with the opposition through a National Dialogue, as to solve the current crisis politically and peacefully, the regime' security forces have been seen once again using alarming force against unarmed and peaceful protesters in recent weeks.
Share It :
Related Stories 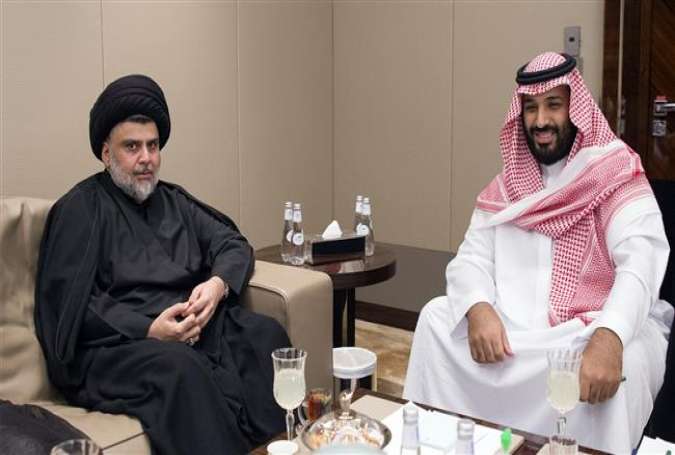