Story Code : 315684
Islam Times - Baqir al-Darwish from the Bahrain Forum for Human Rights told the press that the kind of pressure which the regime had applied on Ayatollah Sheikh Hussein Alnecati, threats of deportation he had faced, could only be qualified as religious persecution, in clear violation of international laws.
Darwish, “Sheikh Alnecati’s influence as well as political and religious weight in Bahrain is significant. To target such a pillar of the Shiite community signals al-Kahlifa’s clear sectarian campaign against the Shiite community and its leaders.

"The forcible deportation of Ayatollah Alnecati is politically motivated … it poses a threat to the fabric of society,” added Darwish.

Darwaish called on the international community to intervene against al-Khalifa regime and address the many grave violations the regime continued to perpetrate against its people on the basis of their religion and political affiliation.

Al-Khalifa has threatened great many members of the Shiite community with deportation and loss of nationality over their political activism and human rights campaigning.
Share It :
Related Stories 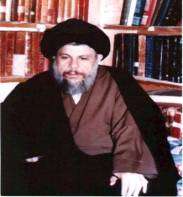