Top Commander: US Disappointed by Progress in Iran’s Defense Industry

Story Code : 881233
Islam Times - Chief of Staff of the Iranian Armed Forces Major General Mohammad Hossein Baqeri underlined Washington’s failure in extending arms embargos against Tehran, saying that Iran’s astonishing progress in developing its defense industry has disappointed the US.
In a message on Wednesday issued on the occasion of the Defense Industry Day in Iran, General Baqeri lauded the strenuous efforts by the country’s experts to stop dependence on foreign states in production of different arms and military equipment, saying that such a progress in the defense industry has disappointed the enemies, specially the US, more than ever.

General Baqeri referred to the country’s capability to manufacture different types of fighters, drones, ballistic missiles, radars, satellites, surface and subsurface vessels, helicopters, tanks, personnel carriers and other defense needs, stressing that the Iranian Armed Forces and specialists active in the defense industry will continue the process of progress and enhancement of defense power regardless of the media and psychological war against the country.

His remarks came a day after Iranian Defense Minister Brigadier General Amir Hatami asked the legislature to ratify an extra independent budget to boost research at his ministry, and stressed domestic capabilities to produce different strategic weapons to defend the country against any possible threat.

“Given the existence of different infrastructures, we do not have any problem with the production of strategic weapons and other products,” General Hatami said in a meeting with a number of lawmakers at an exhibition held by the defense ministry in Tehran on Tuesday.

He further asked the parliamentarians to approve an independent budget for defense research, saying that it will certainly help achievement of novel technologies and strengthening Iran’s power to respond to enemies’ threats.

Referring to the vital role of the Defense Ministry in ensuring peace and security against foreign threats, the minister said, “The Parliament’s support can hugely contribute to the realization of this goal.”

He also pointed to the potentials of the ministry in other sectors, and said, “The Defense Ministry, with Parliament’s cooperation, is also ready to contribute to efforts in non-military economic sectors as well.”

Last Sunday, Iranian legislators in a statement stressed support for strengthening the country’s defense industry and missile and arms power.

The statement issued on the occasion of the Defense Industry Day in Iran underscored the need for using elites and specialists active in the defense industry and knowledge-based companies to further develop the country’s defense industry.

“Enhancement of self-sufficiency in production of weapons and defense equipment prevents the cruel sanctions from leaving any impact (on the country) and it has and will defeat the US and the Zionist regime repeatedly and in a disgraceful way,” it added.

The statement also condemned cooperation with the US and Israel in putting restrictions on Iran’s defense and missile power by any government and official and unofficial entities, describing it as “unforgivable”.

Earlier this month, General Hatami said that development and updating of the country’s defense capability is the top priority of his ministry, adding that despite US sanctions, prominent progresses have been made in the field of defense know-how and technology.

Hatami said that the Defense Ministry has put atop its agenda to improve missile capability and produce the most advanced and sophisticated equipment in the field of naval warfare.

Elaborating on Iran’s defense power in the region and world, he added, “Today, we are proud that, despite the US cruel sanctions, we have attained outstanding achievements in the defense field.”

As it has been said repeatedly, the Defense Ministry can meet the needs of the Armed Forces in all areas of ground, air, naval, electronic, missile, etc. through paying due attention to the domestic capabilities under the wise leadership of the Supreme Leader of the Islamic Revolution, the Defense Minister reiterated.
Share It :
Related Stories 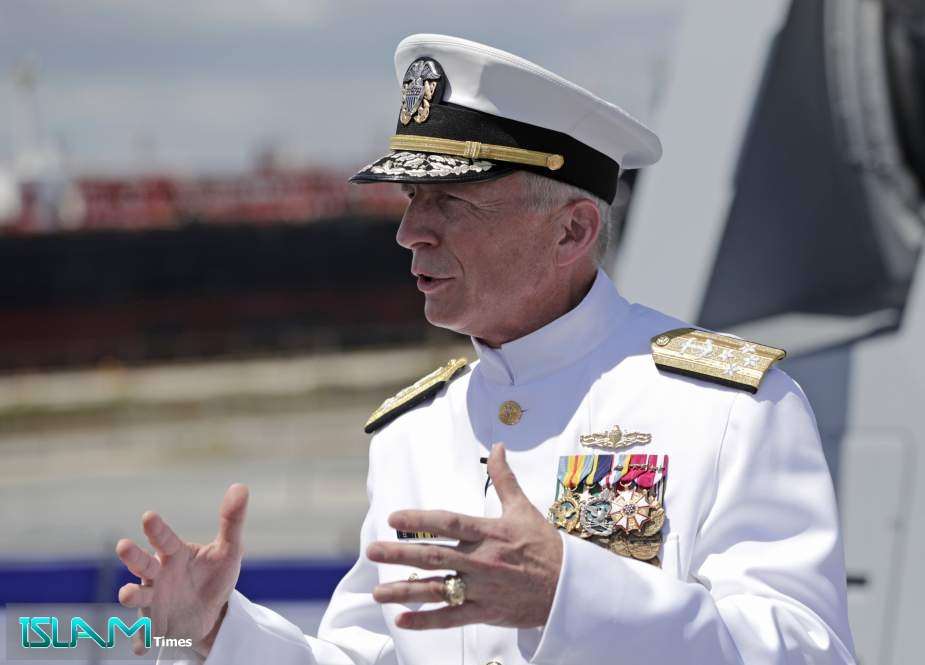