He emphasized that the insistence of the Zionist enemy on protecting the attacks of settlers on Al-Aqsa Mosque during these auspicious days, especially on the day of Arafah, is a clear aggression against all Muslims and will hurt the feelings and emotions of every Muslim.

Elsewhere in his remarks, Salmi further reminded that Zionists are trying to change the balance of power in their favor.

It is a matter of fact that the Palestinian Resistance groups are closely monitoring the events happening in Al-Aqsa Mosque and will respond to their attacks.

The Palestinian Resistance groups can react at appropriate time and place to the Zionist regime, which is in fact responsible for aggravating the situation in occupied lands and territories. The Resistance overthrew former ‘Israeli’ Prime Minister Netanyahu and today is able to overthrow other Zionist generals, Salmi added.
Share It :
Related Stories 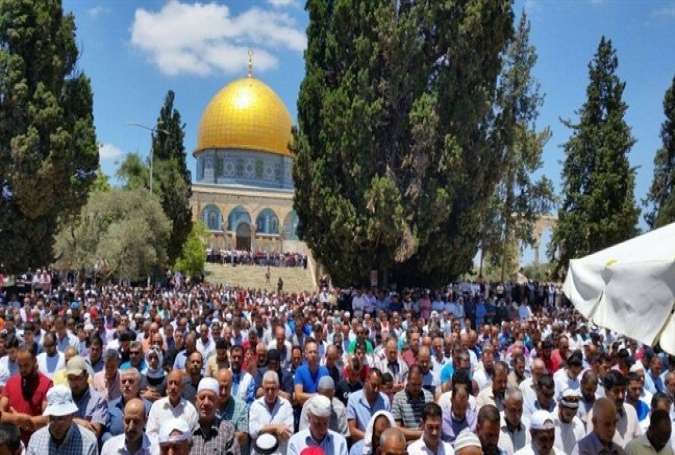 Sayyed Nasrallah Announces Arrival of First Oil Tanker: Hezbollah Would Engage in Naval Confrontation with ‘Israel’ If It Strikes Ships

US Must Be Brought To Justice for ’Atrocities of Mass Destruction’ In Afghanistan: North Korea