Huawei's Meng Returns to China after Striking Deal with US

Story Code : 955647
Islam Times - Senior Huawei executive Meng Wanzhou returned to China on Friday after striking a deal with US prosecutors in an extradition case that had fueled tensions for nearly three years between the West and Beijing.
Hours after the resolution of the Chinese executive's legal battle, Prime Minister Justin Trudeau announced that two Canadian men jailed in China in apparent retaliation for her arrest had also been freed.

"Canadians will be incredibly happy to know right now, this Friday night, Michael Kovrig and Michael Spavor are on a plane and they're coming home," Trudeau told reporters in Ottawa shortly after their flight left Chinese airspace, Politico reported.

The stunning series of legal events began earlier in the day. In the first of two court appearances Friday afternoon, Meng appeared by video link in a Brooklyn courtroom where a judge approved a deferred prosecution agreement related to fraud charges. The deal with the Department of Justice resolved charges that underpin a US extradition request at the heart of international tensions between the West and Beijing.

Outside the Vancouver courthouse, before leaving for China, Meng thanked Holmes, the Crown and Canada for "upholding the rule of law."

Canada's Justice Department released a statement after the hearing to confirm Meng was free to leave the country.

Meng's case has been tied to "the Michaels" since December 2018 when Canadian police arrested her at the Vancouver airport on a US warrant. Days later, the two Canadians were detained in China.

The executive is accused of fraud in the US connected to her alleged violation of American sanctions on Iran.

Under the agreement, prosecutors will defer the charges until Dec. 1, 2022, four years from the day of her arrest. After that date, the government will dismiss the charges as long as she complies with the agreement.

As part of the deal, Meng admitted to basic facts behind the charges. Her obligations also include that neither she nor her lawyers can publicly dispute the facts agreed upon. If they do, the deal is off.

Donnelly ordered her release on the personal recognizance bond. Once Meng is back to China, it will likely be very difficult for US authorities to lay hands on her or influence her behavior, even if she tries to at some point deny responsibility or say she was coerced into the deal.

The US DOJ issued a release after Meng’s hearing.

Nicole Boeckmann, acting US attorney for the Eastern District of New York, said in a statement that Meng’s admissions confirm that she made “multiple material misrepresentations” regarding Huawei’s business operations in Iran in an effort to preserve the company’s banking relationship with a financial institution.

“Meng’s admissions confirm the crux of the government’s allegations in the prosecution of this financial fraud — that Meng and her fellow Huawei employees engaged in a concerted effort to deceive global financial institutions, the US government and the public about Huawei’s activities in Iran,” Boeckmann said.

In the release, the DOJ said the prosecution team continues to prepare for trial against Huawei. "We look forward to proving our case against the company in court," said Kenneth Polite, assistant attorney general of the criminal division.

Meng's fight against extradition from Canada to the US, which started with her arrest more than 1,000 days ago, has become a key component in the tensions between the West and Beijing.

Her arrest angered Beijing, which has been demanding her release. Meng's freedom could be seen as a big win for Chinese President Xi Jinping.

During a July meeting between Deputy Secretary of State Wendy Sherman and China's Vice Foreign Minister Xie Feng, Beijing's list of demands included a request that the US unconditionally revoke the extradition request for Meng.

Her legal team and Department of Justice officials have held talks about a possible deferred prosecution agreement since last winter.

Meng, the daughter of Huawei founder Ren Zhengfei, had previously denied any wrongdoing.

Her case has angered Beijing. The Chinese government has called the US charges politically motivated and has labeled Canada as an accomplice.

Days after her arrest, then-president Donald Trump said during an interview that he would be willing to intervene in her case if it would help the US land a trade deal with China or serve other American national security interests.

John Bolton, Trump's former national security adviser, has since rejected the idea that politics are involved in Meng’s case.

Meanwhile, Kovrig and Spavor were caught in the middle.

Spavor, an entrepreneur who introduced basketball legend Dennis Rodman to North Korean leader Kim Jong Un, was given an 11-year sentence and a court date for Kovrig’s verdict had yet to be set.

Trudeau had recruited allies — including US President Joe Biden — to lobby for the men.

“Human beings are not bartering chips,” Biden said in February after a virtual summit with Trudeau. “We’re going to work together until we get their safe return.”

The ordeals of the Michaels have captured the attention of diplomatic circles around the world. In a show of solidarity, representatives of more than 25 foreign missions joined Canadians at Ottawa's embassy in Beijing last month as Spavor’s court decision came out.

Kovrig, a Canadian diplomat on leave, has a direct connection to powerful figures close to Biden.

Before his appointment, the president’s national security adviser, Jake Sullivan, was on the board of the International Crisis Group, which employed Kovrig. And Robert Malley headed the ICG before becoming Biden’s special envoy for Iran; he has campaigned publicly for Kovrig's release.

"A day for which so many of us have been waiting for so long — no words to express my joy," Malley tweeted Friday after Trudeau announced the men were heading home.

Malley thanked the Canadian government, Kovrig's family and his wife Vina Nadjibulla for being "tireless in their efforts."

"And, of course, to Michael, who gave us all an amazing lesson in courage, tenacity, grit, humor, humanity," he wrote.

A few weeks after their arrests, a Chinese court toughened its sentence for another Canadian, Robert Schellenberg. The court changed his initial sentence of 15 years for drug trafficking to a death sentence.

Canada has been demanding clemency for Schellenberg.

Since Meng’s arrest, Trudeau had pledged to honor Canada’s extradition treaty with the US and spoken about the importance of adhering to the rule of law and respecting the independent judiciary.

The prime minister has come under domestic pressure from prominent Canadians to free Meng as a way to spring Kovrig and Spavor from detention in China. He firmly rejected the calls, arguing it would put other Canadians at risk.

Trudeau has avoided open confrontation with Beijing in a delicate effort to free Spavor and Kovrig. In dealing with China, Trudeau has had to consider how much trade-dependent Canada relies on China, its second-biggest partner, to buy products ranging from iron ore to canola to lobster.

The release from Canada's Justice Department late Friday stated that it's a "rule of law country."

"Meng Wanzhou was afforded a fair process before the courts in accordance with Canadian law," the release said. "This speaks to the independence of Canada’s judicial system.”
Share It :
Related Stories 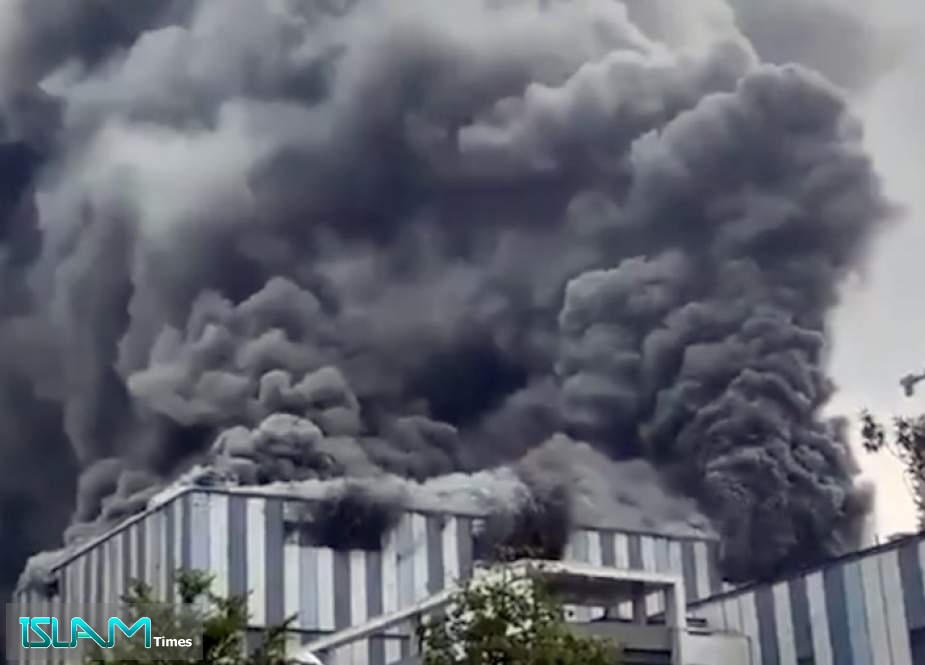