Story Code : 955785
Islam Times - China has warned Australia, India, and Japan that the US will "dump" them like "trash", the way it abandoned its allies in Afghanistan, a reference to the widely-criticized troop withdrawal from the region.
The warning was sounded in the Global Times, as the heads of the four-nation "Quad" grouping convened in Washington, DC, for the first-ever in-person summit on September 24.

The column quoted Fudan University Professor Lin Minwang as saying that even after suffering a "great loss" to its interests in Afghanistan in the wake of the takeover of the country by the Taliban, India had "swallowed the bitter pill" without complaining to the US.

In an editorial published on the eve of the Quad summit, the Global Times also warned the Asian democracies that they could incur significant retaliation from Beijing if they followed the US "too far" in confronting Beijing,

The Global Times cautioned that Washington would adopt an "Asian versus Asian" strategy and pit certain countries in the region against others while itself standing down from "directly engaging" in regional affairs.

The newspaper claimed that the true purpose of the Quad was to "encircle" China, even as it wondered why exactly the US would want to encircle the world's second-biggest economy.

The Chinese media further described the Quad as being comprised of "four wards with four different diseases".

The Global Times additionally published two sarcastic cartoons in the lead-up to the White House summit, with one of them showing an "unhinged kangaroo", an elephant, and a suited-man being led in a bus driven by "Uncle Sam".

In the other cartoon, an American eagle can be seen thinking about a plan to surround China with the help of the said Asian nations, even as it argued that the grouping was "incapable" of inflicting any harm on Beijing.

The scathing commentaries on the Quad and the warnings to the Asian nations in the state-backed media are in line with official statements by the Chinese government, with Foreign Minister Wang Yi in the past labelling the Quad as an "Asian NATO" that could create instability in the region.

Chinese Foreign Ministry spokesperson Zhao Lijian said hours before the Quad summit that any "closed" and "exclusive clique" targeting other countries was "doomed to fail".
Share It :
Related Stories 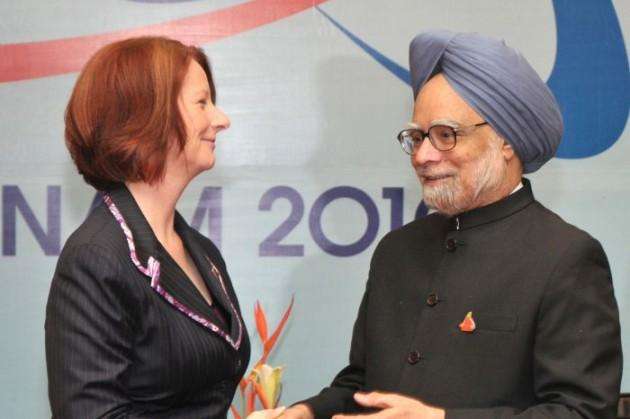 Uranium for India deal “may be illegal”
Islam Times - Australia will be in breach of international law if it sells uranium to India without the nuclear-armed nation first opening up its atomic facilities for independent inspection....
Rudd: Selling uranium to India is a bad idea
Security agreement with US, Australia, and India is an attempt to fence in China
India, US, Japan, Australia Kick Off Large Naval Drills
Australia To Join India, US, Japan In Large Naval Exercises
Uranium safeguards needed if export to India resumes
Japan seeks to expand security cooperation with US, Australia, India
‘Journalism is Not a Crime’: Australian MP Says Charges Against Assange Must be Dropped after Visiting Him in UK Prison
Comment
Yemeni Forces Capture Strategic Region in Ma'rib as al-Qaeda Militants Flee
9 ISIL Terrorists Killed by Pakistani CTD in Balochistan
Hundreds of Syrians Protest against Turkey’s Signal for New Military Campaign
US Deficit Hits $2.8 Trillion, Second Largest in History
Algerian Delegation Rejects Sitting Behind ‘Israelis’ at a European Conference in Greece
Ex-Saudi Official: MBS Sent a Hit Squad to Assassinate Me in Canada Days after Khashoggi Murder
Artificial Intelligence Supremacy to Give China Decisive Military Edge over US: Officials
Yemen: UN Is Responsible for Crimes of Saudi Coalition
The Latest Spy Story: Was It Involving Israel Yet Again?
Up to 200 Americans still Stranded in Afghanistan
Pakistani FM Meets Taliban in Afghanistan
China Says US Should Stop Dragging Taiwan into War
Fire Erupts at Kuwait Oil Refinery: Report
Erdogan: Turkey Determined to Get Back Owed Money from US
Chinese Refiners To Increase Buying Iranian Crude
Rights Group Blasts Use of FIFA to Whitewash Israel’s Crimes
Lebanese Forces Massacre in Tayouneh Tops Agenda of Israeli Cabinet Session
What Business Does America Have on Syrian Lands!
Massive Floods, Landslides Kill 116, Displace Others in India, Nepal
Blast, Fire Kill 16 at Russian Chemicals Plant
Featured Stories