US Occupation of Areas in Syria Unacceptable: Russian FM

Story Code : 955824
Islam Times - Russian Foreign Minister Sergey Lavrov reiterated that the hotbed of terrorists in Syria’s Idlib must be eliminated, adding that the US occupation of areas in Syria is unacceptable.
Lavrov said at  a press conference on the sidelines of the UN General Assembly meetings that  there is  one remaining hotbed in Syria, in Idlib, and there is no problem in combating terrorism there as “our military sites  and those of the Syrian army come under  attacks in the de-escalation zones and we will not allow this issue to continue”.

In the same context, Lavruv condemned US occupation of the two areas of al-Tanf and al-Rukban in Syria, describing it as “unacceptable”, SANA reported.

He also condemned Western counties’ insistence on the mechanism of delivering aid to Syria without obtaining the acceptance of the Syrian government.
Share It :
Related Stories 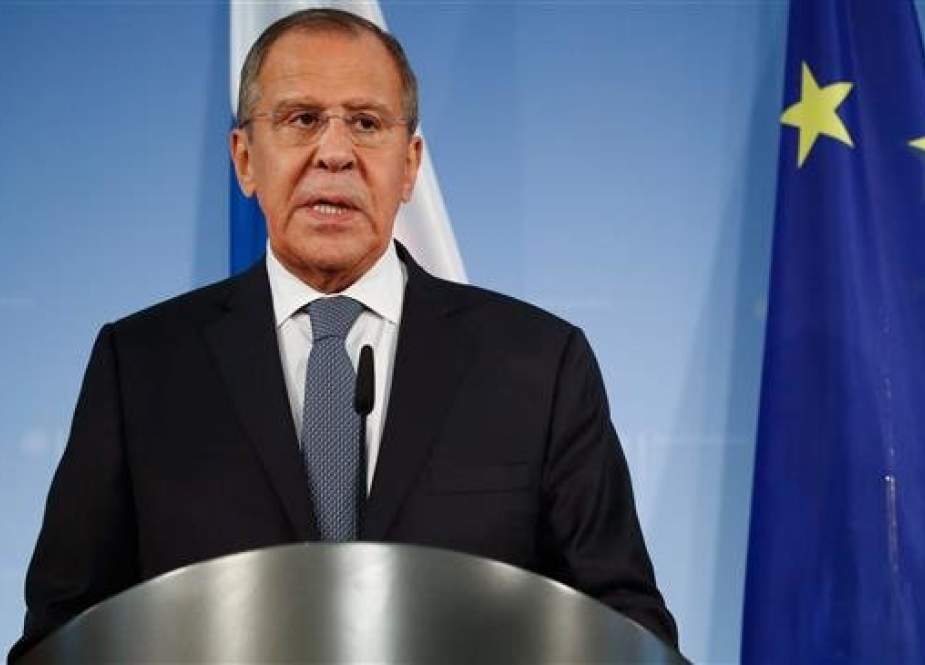