Story Code : 958526
Islam Times - An Iranian diplomat at the UN slammed the Zionist regime’s nuclear weapons as the most serious threat to the security of all states in the Middle East and the non-proliferation regime.
In an address to the First Committee of the 76th United Nations General Assembly on Tuesday, Iran’s representative in the committee, Heidar Ali Balouji, lashed out at the Israeli regime for hampering the establishment of a nuclear-weapon-free zone in the Middle East proposed by Iran in 1974.

He also hit back at the Tel Aviv regime for attempting to portray Iran’s conventional weapon capabilities or its exclusively peaceful nuclear program, which is under the most robust verification of the International Atomic Energy Agency, as a challenge to regional stability.

The following is the full text of his speech:

“In the Name of God, the Most Compassionate, the Most Merciful

I am compelled to take the floor to reject the allegations made by the Israeli representative against my country.

In fact, the dissemination of false and fabricated accusations against regional countries, particularly the Islamic Republic of Iran, has long been a standard practice of Israel, with the exclusive purpose of concealing its crimes and brutalities against innocent Palestinian people. Nevertheless, it is quite evident that no amount of disinformation and manufactured crises can cover up the criminal nature, as well as the expansionist and warmongering policies, that this regime has pursued over the past 70 years.

Israel, in flagrant violation of international law and in total disregard for all relevant United Nations resolutions, continues to violate the fundamental rights and dignity of the Palestinian people and other Arabs living under its occupation. As a result, Palestinians are deprived of their lands and properties, forcibly evicted while being subjected to violence, terror and intimidation. Meanwhile, any right of the Palestinians to self-determination has been negated under the title of “one Jewish State”.

Worse still, under the current challenging circumstances and as the international community focuses on mitigating the severe effects and consequences of COVID-19, the Israeli regime continues to exploit this period to accelerate its illegal settlement activities as well as annexation schemes in order to further entrench its military occupation. Simultaneously, the inhumane and suffocating blockade on the Gaza Strip continues to deepen the severity of the humanitarian crisis and inflict misery on the Palestinian civilian population there.

At the regional level, the continued occupation of territories of other countries and frequent encroachments against the countries of the region have seriously endangered peace and security in the region and beyond.

The Israeli regime’s entire history is full of aggression against its neighbors and other countries in the Middle East region.

Given such a dark track record, the Israeli regime’s hysteric attempts in order to seek international sympathy and favor by claiming that it is under threat are nothing but manipulative attempts to spread propaganda.

Further, it continues to seriously hamper the establishment of a nuclear-weapon-free zone in the Middle East proposed by Iran in 1974. Indeed, nuclear weapons in the hands of this regime pose the most serious threat to the security of all States in the Middle East and the non-proliferation regime.

Nevertheless, it attempts to portray Iran’s conventional weapon capabilities or its exclusively peaceful nuclear program, which is under the most robust verification of the International Atomic Energy Agency, as a challenge to regional stability.

This is but a hypocritical move to distract attention away from the real danger posed to regional peace and security by Israel, particularly its nuclear-weapon arsenals as well as clandestine and un-safeguarded nuclear installations and activities.”
Share It :
Related Stories 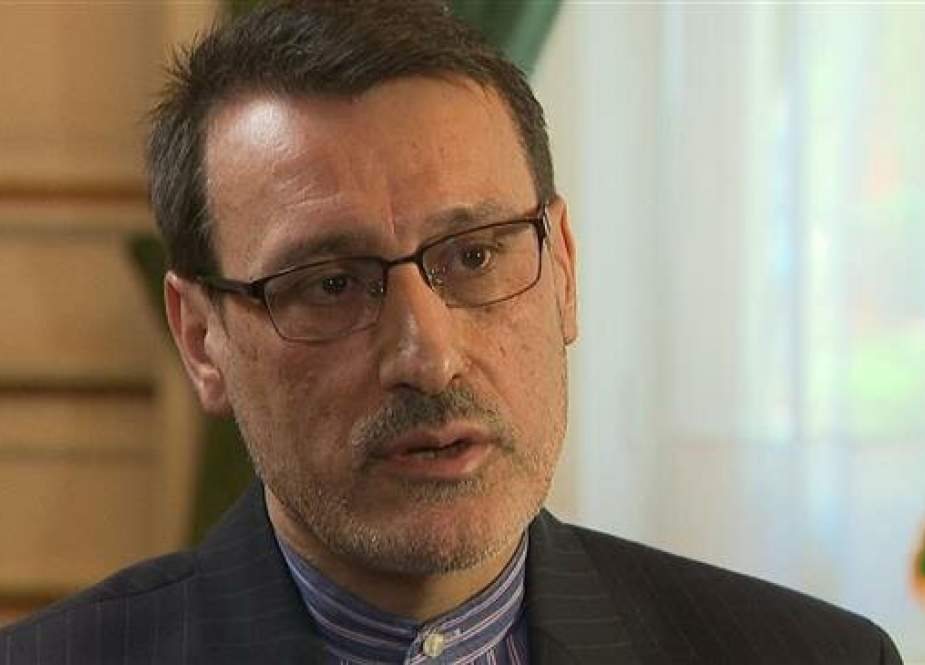