Story Code : 960294
Islam Times - Top UK military officials have been accused of covering up the murder of a 21-year-old woman by a British soldier in 2012 near an army base in Kenya.
The identity of the man had been widely known almost immediately after the incident, states The Sunday Times, as his fellow soldiers reported the killing of Agnes Wanjiry, a sex worker, after a night of rowdy partying, but were told by authorities to “shut up”.

The mother of a five-month-old daughter went missing in March 2012; her naked body was discovered at the Lions Court Inn in Nanyuki, some 122 miles (196km) North of the Kenyan capital Nairobi, two months later.

The town is close to the British Training Unit Kenya, known as BATUK. Under an agreement with Kenya, the UK sends six infantry battalions annually for eight-week exercises there.

The alleged killer from the Duke of Lancaster’s Regiment, referred to as “Soldier X”, is said to have been identified by at least five different soldiers. One of them, known as "Solider Y", insisted he informed the “proper people” about the alleged killing after a visibly distressed Soldier X had told them, “Help me, help me…. I’ve killed her.”

The man is said to have taken his fellow soldiers to a septic tank behind the hotel, opened the lid and showed them the woman’s body.

"I looked in and I just remember seeing her in there. My heart sank. My mind just went blank. The only thing I could say to him was, “I’ll never forgive you for this”,” Soldier Y was quoted as saying.

He added that he informed the senior command, but “got called a liar”, while Soldier X himself remained silent on the matter.

“They basically just said, “Shut up and get out”, the alleged witness was cited as saying.

Soldier Y claimed he was prepared to go on record before the British police, court, and all the proper authorities, to ensure that justice is served. Another purported witness, Soldier Z, said Soldier X told his fellow military he had killed Agnes by accident during sex by choking her.

Just days after the woman’s disappearance, the regiment returned to the UK. According to the report, the British Army has never held an inquiry into the incident or questioned the British soldiers ostensibly present on the scene that night.

The body of the woman was discovered when a maintenance worker noticed a smell coming from a septic tank at the hotel. A post-mortem examination revealed she died of stab wounds to her chest and abdomen.

Witnesses told a Kenyan police investigation in 2012 that Agnes left the bar with a British soldier, says the outlet.

Another witness reportedly heard a “fierce fight” in the hotel room used by the soldier and Agnes. According to hotel logs, nine soldiers had checked in that day and checked out the following one.

Kenyan police in June 2012 sent a request to the British Royal Military Police (RMP) seeking the questioning of the nine soldiers. However, the request appeared to had gone missing. An investigation after an inquest in 2019 came to the conclusion that Wanjiru was unlawfully killed, according to The Sunday Times.

The Ministry of Defence (MoD) was stated as saying, “In 2012, Special Investigation Branch carried out initial enquiries in Kenya, including providing information about British personnel to the Kenyan Police. No further requests were received at that time… Following the conclusion of a Kenyan inquest in 2019, we are aware that the Kenyan authorities are looking into this incident. The jurisdiction for this investigation rests with the Kenyan police, and we are currently in discussions with the Kenyan authorities to determine what support is needed.”

Labour’s shadow Defence Secretary John Healey was stated as deploring the reports of "grave failings by the British military exposed in this case".

The new allegations have triggered a murder probe by the British Royal Military Police. 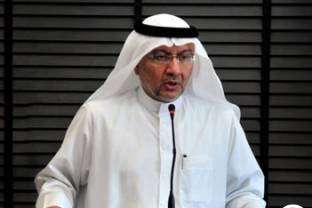