Story Code : 960298
Islam Times - The deputy chief of Lebanon’s Hezbollah resistance movement has attacked the judge leading an investigation into last year’s disastrous Beirut port explosion, saying he is causing trouble for the country by politicizing the case and must therefore be dismissed.
According to Iranian News Agency, speaking at a ceremony in southern Beirut on Saturday evening, Sheikh Naim Qassem said that militiamen with the far-right Lebanese Forces (LF) Party led by Samir Geagea triggered the latest sedition in Tayyoune neighborhood by firing shots at peaceful protesters, who had gathered peacefully to criticize the politicization of probe into the 2020 Beirut blast.

Seven people lost their lives and around 30 more were injured in the armed attack.

“We managed to thwart the seditious plot through patience and self-restraint. We will, however, follow up on investigations and their results. We will act according to law, and will punish the perpetrators in order to stop those who tamper with people’s lives,” the senior Hezbollah official said.

Sheikh Qassem added that militiamen with the Lebanese Forces party and other foreign mercenaries did not care at all about Lebanon’s increasingly dire socio-economic conditions, and placed their own interests above those of the homeland.

The top Hezbollah official said Tarek Bitar, the judge in charge of investigating the catastrophic Beirut port explosion, had created a grave crisis in Lebanon.

“He tends to politicize the probe and pin blame on others. He is not reliable anymore. The last thing we heard was that families of the victims had grown very suspicious of his behavior. He is responsible for the great sedition in Tayyoune,” he said. “Bitar would better quit his post for the problems and misfortunes he has created, for a lack of public trust in him to mete out justice, and for the status quo to stabilize.”

In a speech last week following the deadly violence, Hezbollah Secretary General Sayyed Hassan Nasrallah described the far-right Lebanese Forces political party as the “biggest threat” to Christians in Lebanon, warning the former militia group against “miscalculations” that would plunge the country into a civil war.
Share It :
Related Stories 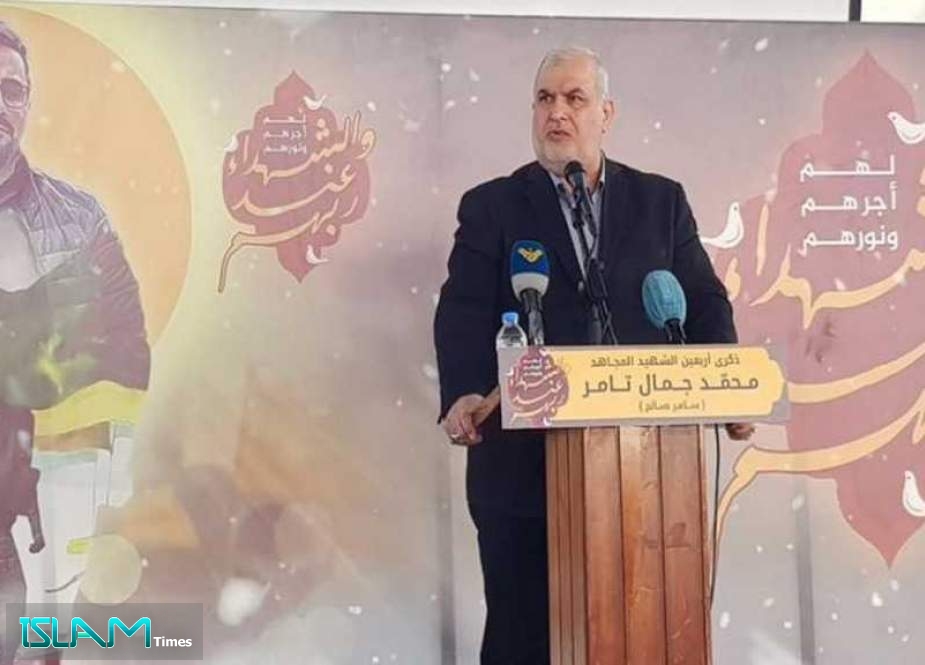